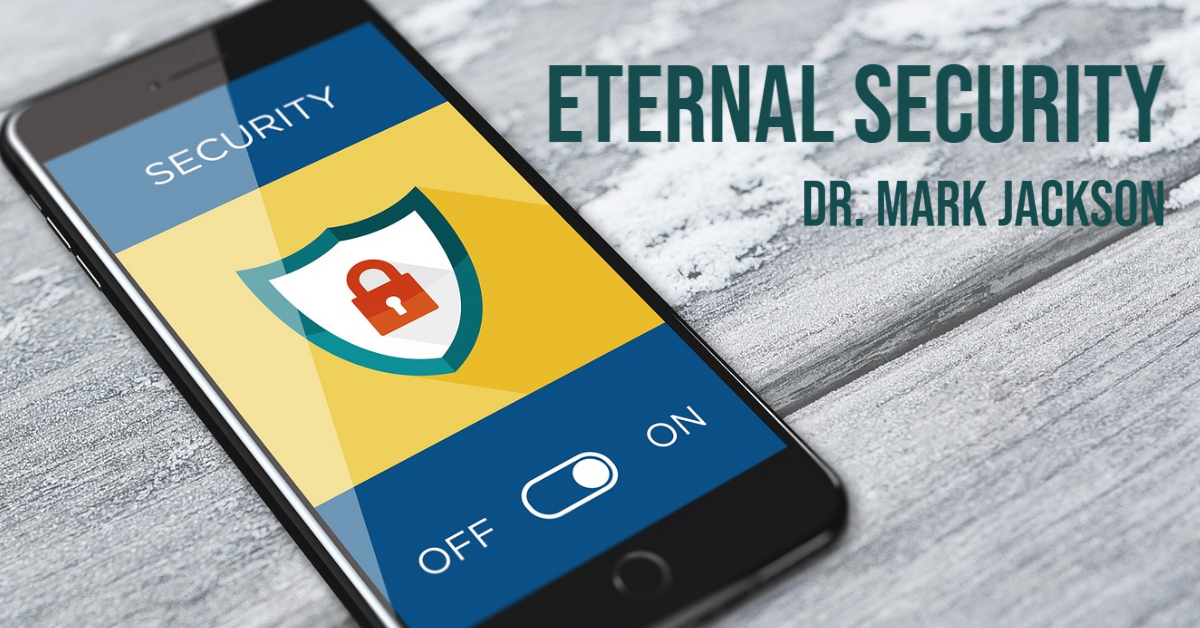 In the Church of God we believe that it is possible to fall away if we persist in sin and renounce Jesus Christ. Not everyone in the church at large believes this. There have been godly individuals who believed it (e.g., John Wesley) and godly individuals who did not (e.g., George Whitefield). Sometimes we must simply agree to disagree. But taking all the biblical material together, I think apostasy is possible. I believe a true Christian can fall away for the following reasons.

First, the Bible speaks of the possibility of apostasy. It speaks as if it can and does happen. In the Parable of the Sower found in Mark 4:1-20, Jesus told how some received the gospel, but they did not endure because of trouble, persecution, or worldly distractions (vv. 16-19). They originally accepted the gospel, but they didn’t last. And according to Jesus, endurance was necessary for final salvation. He said, “He who stands firm to the end will be saved” (Mark 13:13). We must not only begin the race; we must also finish it (I Cor. 9:24-27). In this passage, the Apostle Paul said that he too could become disqualified, if he did not endure (v. 27). The Greek word used in this verse is adokimos, which in other places in the New Testament speaks of the condition of lost people: it speaks of those who have failed the test and thus are unqualified, depraved, or worthless.1 Paul is not saying here that he might lose his rewards. He is saying that he could forfeit his eternal salvation.2

James 5:19-20 reads, “My brothers, if one of you should wander from the truth and someone should bring him back, remember this: Whoever turns a sinner from the error of his way will save him from death and cover over a multitude of sins.” James suggests that apostasy can happen among believers, for he writes, “If one of you…” Those who wander from the truth are considered sinners and will pay for their sins with death, presumably eternal death, if they do not turn back.”3 Second Peter 2:20-22 says, “If they have escaped the corruption of the world by knowing our Lord and Savior Jesus Christ and are again entangled in it and overcome, they are worse off at the end than they were at the beginning. It would have been better for them not to have known the way of righteousness, than to have known it and then to turn their backs on the sacred command that was passed on to them. Of them the proverbs are true: ‘A dog returns to its vomit,’ and, ‘A sow that is washed goes back to her wallowing in the mud.’” This passage speaks of the real possibility of apostasy. These are believers that Peter is describing, for he says that they knew Jesus Christ as Lord and Savior and had escaped the corruption of the world. If these were not genuine Christians, then who are? He goes on to point out that those who turn their backs on the way of righteousness are “worse of at the end than they were at the beginning.” Having formerly experienced salvation, they should have known better and so their judgment will be more severe. As Michael Green states, “Apostasy would seem to be a real and awful possibility.”4 Those who apostatize are like dogs and pigs (v. 22), in that they foolishly return to the filth of their old lives. Since both of these animals were unclean to Jews (Matt. 7:6), it shows that those who turn from the faith are also unclean and no longer right with God.5

Second, there are repeated warnings in Scripture about falling away. First Corinthians 10:12 warns, “So, if you think you are standing firm, be careful that you don’t fall!” The context speaks not simply of falling into an occasional sin, but of falling into flagrant sin and even committing apostasy (vv. 1-6).6 The Book of Hebrews is filled with warnings which would not make sense without at least the possibility of apostasy. For instance, Hebrews 3:12-14 says, “See to it, brothers, that none of you has a sinful, unbelieving heart that turns away from the living God. But encourage one another daily, as long as it is called Today, so that none of you may be hardened by sin’s deceitfulness. We have come to share in Christ if we hold firmly till the end the confidence we had at first.” The warning is addressed to “brothers” and suggests that they can turn away from God. They can be hardened by sin’s deceitfulness if they are not careful. Their share in Christ is contingent on their continued faith in Christ. He writes, “We have come to share in Christ if we hold firmly till the end the confidence we had at first” (italics added). An interesting warning is found in Romans 11:20-22. It reads, “But they were broken off because of unbelief, and you stand by faith. Do not be arrogant, but be afraid. For if God did not spare the natural branches, he will not spare you either. Consider therefore the kindness and sternness of God: sternness to those who fell, but kindness to you, provided that you continue in his kindness. Otherwise, you also will be cut off.” This warning is interesting because it would appear to qualify to some degree what Paul said earlier in Romans 8:38-39 about nothing being able to separate us from God’s love. Apostasy was not mentioned in the list of potential separators. Nothing can separate us from God’s redemptive love, not even death or demonic attack. However, we can separate ourselves through apostasy.7 That is why Jude 1:21 admonishes, “Keep yourselves in God’s love.”

Third, conditional statements are used in relation to final salvation. Here are a few examples. First Corinthians 15:2 says, “By this gospel you are saved, if you hold firmly to the word I preached to you. Otherwise, you have believed in vain” (italics added). They will be saved on the day of judgment if they hold firmly to the gospel; otherwise, their initial faith was in vain. Second Timothy 2:12 reads, “If we endure, we will also reign with him. If we disown him, he also disown us” (italics added). We must endure to the end in order to reign in heavenly glory. If we disown Christ, he will also disown us. What about the influence to Christ’s faithfulness in verse 13? Does this mean that he is faithful in the sense that he will preserve even those who are faithless or those who deny him? If so, then it would negate the warnings he had just given. We are saved if we endure to the end and do not disown Christ. The references to this faithfulness simply reassure Timothy of Christ’s overall faithfulness despite those who apostatize. As I. Howard Marshall explains, “Despite the apostasy and faithfulness of some Christians (whom he will judge), Christ remains faithful to his cause and so to the church as a whole because he cannot be untrue to his own nature and his purpose of salvation.”8 (These passages show that our security is not unconditiona.)

Fourth, as human beings made in God’s image, we are not robots. We have a certain amount of freedom when it comes to making choices. Because of sin we cannot come to Christ without God’s prevenient grace, but this grace can be resisted before and after salvation (Acts 7:51; 2 Cor. 6:1). God does not save us against our will or keep us against our will. Because of human freedom, apostasy remains a possibility.

Last, there appear to be examples of apostasy in Scripture. Galatians 5:4 reads, “You who are trying to be justified by law have been alienated from Christ; you have fallen away from grace.” To fall from grace is to fall from saving grace, for it is the same as, or the result of, being alienated from Christ.9 To be cut off from Christ is to be cut off from salvation. It is debated whether this had already happened to Paul’s readers or was simply a warning. Either way, it suggests that it can happen.10 Paul told Timothy that there were some who had “wandered from the faith” (I Tim. 6:21). This would mean they had left the Christian faith. Hymenaeus and Philetus were two who had “wandered away from the truth” (2 Tim. 2:18). Demas deserted Paul “because he loved this world” (2 Tim. 4:10), which may mean that he also deserted Christ and his gospel, though this is not specifically stated and it could simply mean that he acted cowardly on this occasion.11 Regardless, in light of the evidence given above, it would suggest that there were apostates in the New Testament church, and there are apostates today as well. This is not to take away from the blessing of our security in Christ, but it is to remind us that the security of our salvation is conditional. As it has been said at times, “Without God we cannot; without us he will not.” God is able and willing to preserve us to the end, but we must not forsake him in the process.

What about the numerous promises in the New Testament that assure us that God will preserve us to the end?12 There are a few ways to handle these verses. One, of course, is to say that the Bible does indeed teach eternal security. Yet, what about the biblical data we have already examined that suggests otherwise? A second option is to say that Scripture simply contradicts itself when it comes to the security of salvation.13 Some passages teach that true believers cannot fall away, while others teach that they can. This is not an option for those of us who have a high regard for Scripture; plus, it is unnecessary. Other viable options besides this one are available. A third option is to affirm that Scripture does not contradict itself on this issue, while admitting that we do not know how to reconcile all the relevant passages at this time. A last option, which I prefer, is to admit that these verses affirm the real security that we have in Christ. They simply do not affirm a completely unconditional security. We have already seen this in the case of Romans 8:38-39 that this word of assurance had some qualification to it. It is possible that the others do as well. For instance, Ephesians 4:30 warns against grieving the Holy Spirit in the context of affirming that we are sealed for the day of redemption, and I Peter 1:5 says we are kept by the power of God “through faith.” Though these are wonderful promises of assurance, they are not unconditional. It does matter how we respond to God’s preserving grace after conversion.

Dr. Mark R. Jackson (Ph. D., The Southern Baptist Theological Seminary) has been a minister in the Church of God for over 20 years. His connection to the Church of God goes back four generations and he currently pastors in Middletown, OH. Mark and his wife, Jenny, have three children.

6 – Barrett, A Commentary on the First Epistle to the Corinthians, 228.

9 – Ronald Fung writes, “The second clause seems clearly explicative of the first, so that to be served from Christ is to lose one’s standing in grace” (The Epistle to the Galatians, NICNT [Grand Rapids: MI: Eerdmans, 1988], 223).

The Christian and Depression